To celebrate the historic occasion of her Majesty the Queen's platinum jubilee, a group of residents formed a committee to raise funds and organise a community event during the extended bank holiday weekend in June.

The first fundraiser took place in february and was an 'all things royal' Jubilee quiz at the Black Horse pub and this raised enough money to open the account. Thereafter donations came in from all of the village groups, societies and the Parish Council. At Easter the traditional Tollerton duck race on the river Kyle was resurrected and proved extemely popular and lucrative for the funds; thereafter plans for a jubilee picnic began to take shape.

Celebrations over the Jubilee weekend began with a plant pot festival for which residents were encouraged to create characters from the last 70 years and Tollerton came alive with storm troopers, horses, Disney heroes, actors and TV personalities in miniture plant pot form!

The village was bedecked in both the standard red, white and blue and the special royal purple and silver bunting, this included the perimeter of the village green which was also enhanced by fairy lights.

On Saturday the 4th June the day began with the naming of a new commemorative seat installed by the Parish Council around the village green tree – appropriately so, since the tree itself was planted for Queen Victoria's diamond Jubilee in 1897. This was followed by the taking of a time-honoured village photo on the green in front of the new seat.

At midday, the sun came out and celebrations moved to the sports and recreation field for a family picnic with live music by the Black Marcs band; fairground attractions, including a helter skelter, family games, and the classic tombola.

Tollerton War Memorial institute committe ran a pop up licensed Inn and also the Coronation Cafe serving sumptuous teas and cakes donated by village bakers. The intention was always that the celebratory day would be a free event for residents to enjoy, with only the food & drink outlets and tombola incurring charges to recover costs; however, Tollerton village was as generous as ever and a profit of £1600 was raised for the Sports Field.

The village photo was taken by Sam Parkhouse, it is free to download as it is but it can also be resized and professional quality prints can be sourced from www.flying-sparks.co.uk 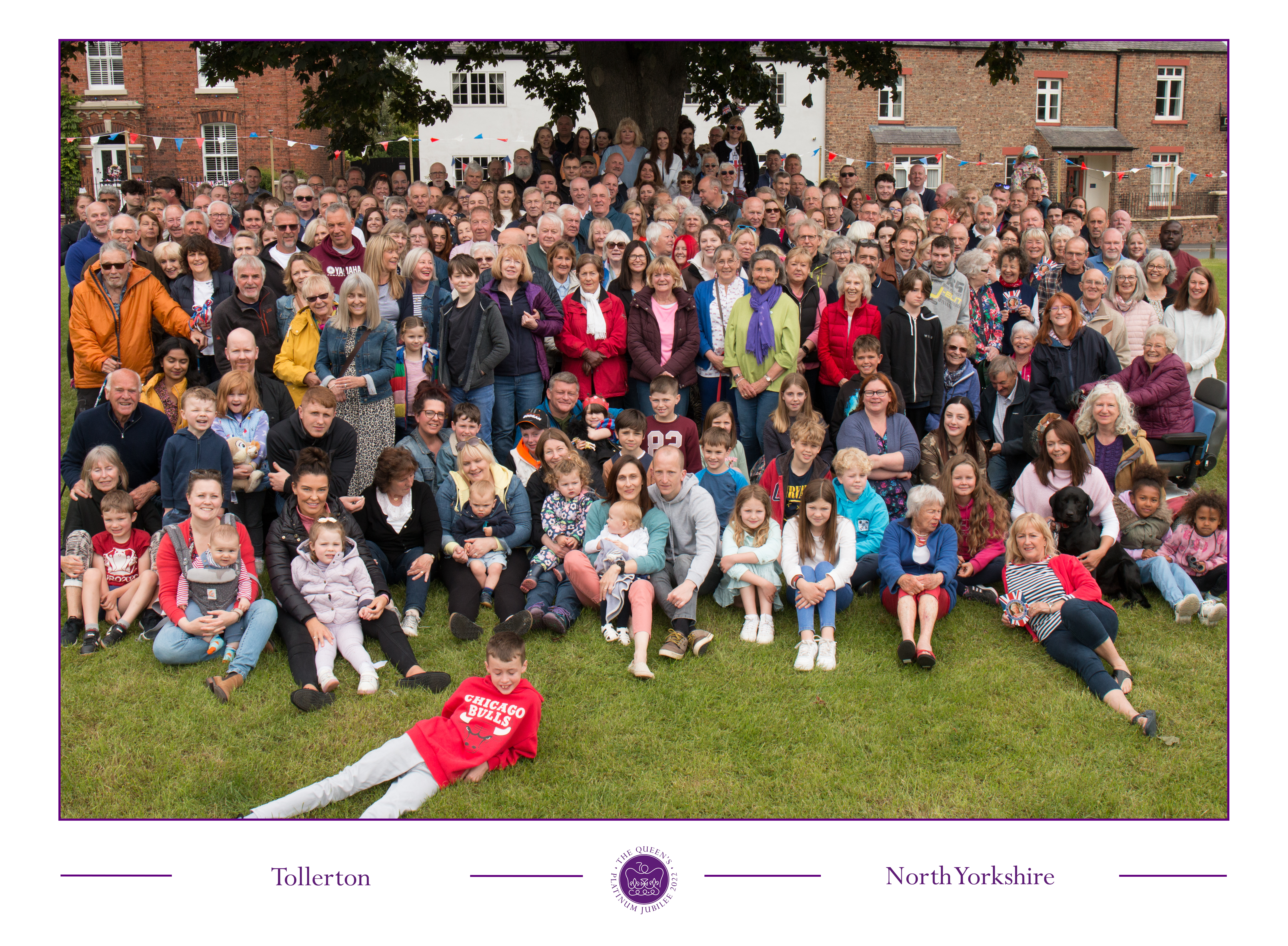